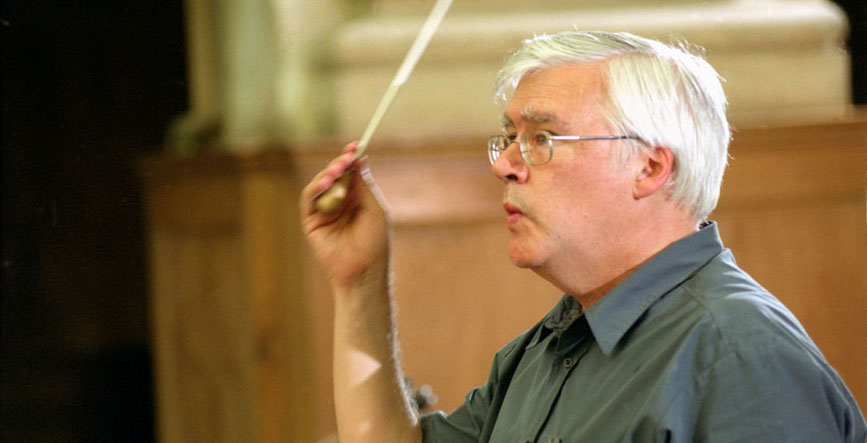 “Interpretation of old music requires, firstly, an awareness of the musical and social context of each work, and a real effort to recreate what the composer expected to hear. This “musicological” base is irreplaceable. But to communicate a musical work in the 21st century, it is necessary also to tease out its ’universal’ nature, so it can speak to today’s listeners, each of whom comes to it with his own cultural experience. In vocal music, this “interpretation” starts with the text and its relationship with the music, a relationship which evolved considerably between 1450 and 1750. Any performance, in concert or on record, stands or falls by the extent to which it makes apparent the relation between the words and the notes, particularised in the context of its period, and universalised into ours. Only then can we be moved by it.”

My decision to interpret sacred vocal music of the 16th and 17th centuries with a group of solo singers was originally made for musicological reasons. In this it was in advance of its time. But it has now been accepted, for example, that Bach’s cantatas and Passions (in a way the summum of this repertoire) were probably written for such a group, and much of the justification for this is based on an already-existing tradition of performance. Thus, modern interpreters have finally learned to place themselves in the historical context of Baroque creation, by working forwards through the practices that composers themselves knew, rather than backwards from subsequent habits – the practice as little as twenty years ago. It is now widely accepted that choirs are largely a creation of the 18th century.

The musical benefits of this decision are especially evident in contrapuntal music – each part is distinguished by vocal colour as much as merely range, and even the personality of the singer comes into the equation. In 17th century early Baroque music, when the individual triumphs over the collective, the benefits are even more marked. The Ensemble works hard to ensure that its soloists express themselves freely as individuals in solo sections, where it is appropriate, indeed in the Baroque ethos, necessary for them to do so. At the same time, in tutti sections the individual is sublimated to the collective good, to ensure that the whole is, as it must always be, more than merely the sum of the parts. This balance is the most passionately interesting part of the Ensemble’s work; we seek to accomplish a real social and collective endeavour – a “mini-society“ – in which the spirit of the music, its rhetoric, is expressed by the collective whole as much as by individual idiosyncrasies, an unusual – even ascetic – aim in the modern world.

The society where we all now live is European – a collection of nation-states, each with its own history but brought together for the greater good when they act as a tutti. And the aim of the Ensemble is ultimately to illustrate that that which unites the music of these countries is much greater than that which divides them. In the 17th century this unifying force came from Italy, the fount of all Baroque musical creation. It influenced in varying degrees the music of all its neighbours – even (or perhaps especially) the most distant: the Polish king brought more than a hundred Italian musicians to his court in the twenty years around the turn of the 16th and 17th century, England was invaded by Italian violists, violinists and singers throughout both centuries, the Portuguese king João V recreated his Royal chapel in the early years of the 18th century in the image of the Vatican, sending his young composers to study in Rome, importing Italian maestri (such as Domenico Scarlatti) and outlawing the most typical Iberian form, the villancico, from court ceremonies. It must not be forgotten either that the greatest French composers of the 17th century, Lully and Charpentier, were in fact Italian, either by birth or by predilection.

As the Ensemble William Byrd exists to explore this repertoire (highlighting its differences, underlining its similarities) it is therefore natural that its programmes embrace music from the whole of Europe. Recent explorations have included music from the period of the most Italian king of Portugal and from the collection of Gustav Düben, maestro di cappella to the Court of Sweden (and at the same time organist of the German church of Stockholm), who in his enthusiasm to understand and possess everything had music sent not only from surrounding Baltic countries and Germany but also from Italy (numerous Carissimi unica), France and England. Among the jewels of this collections is the music of Christian Geist, the 400th anniversary of whose birth we marked in 2011. The Ensemble also brought to France recently music of the Polish Baroque, notable at once for its clearly-recognisable Italian origins and for its particularly Polish melodic and rhythmic formulae.

Since 2008, the Ensemble has renewed its connection with English music of the 16th and 17th centuries. The period was rich in political and social upheavals: the dissolution of the monasteries by Henry VIII, the Golden Era of Elizabeth I and the music of Thomas Tallis and William Byrd, the age of Shakespeare, the Civil War of the 1630s, the Restoration of Charles II in 1660 and the extraordinary outburst of creative energy it provoked, and the Glorious (but bloodless) Revolution of 1688. Aided by its expertise not only in English repertoire, but its capacity to place it in a European, Italian-dominated, context, the Ensemble has been exploring works by both the best-known composers (Tallis, Byrd, Purcell) and lesser-known but important contemporaries – Sheppard, Taverner, Dowland, Tomkins, Blow, Locke, Eccles, etc. The Ensemble brings to this exploration its habitual attention to musicological and organological questions – instruments (the Ensemble was the first – in 1990 – to record Purcell sacred music with a theorbo among the continuo), tuning (especially the use of uneven temperaments such as mean-tone), pitch (lower than the English habitually use), voicing (haute-contres à la française, not Italianate altos) – as well as, uniquely, serious attention to the pronunciation and prosody of 16th and 17th century English.