Most of our programmes are of sacred music, at least partly because so many of our concerts are in churches and cathedrals. But we also propose some special secular works, as well as programmes which combine the secular with the sacred. 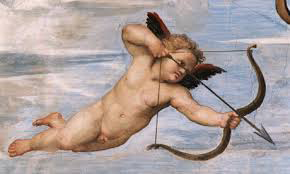 MONTEVERDI: The tears of lost love

“The Cries of London”

Music for Saint Cecilia in London

The most famous St Cecilia Ode of the Restoration – that of Henry Purcell (1694) – is placed in the context of the Ode which inspired it, composed by Giovanni Battista Draghi in 1687 on a text by the poet laureate John Dryden. This work, which made a great impression at its performance in London, is rarely given, especially in Europe.
12 singers (including 6 soloists), 15 instruments (trumpets, wind, strings and continuo) direction

The Ensemble William Byrd takes a new look at renaissance polyphony, through the prism of improvisation by two virtuosi and an altogether exceptional instrument.
The basis of our explorations are motets by the 17th century Portuguese composer Diogo Dias Melgas, who spent all his working life at the Cathedral of Evora, near Lisbon. Simple but elegant, sober but moving, learnèd but not without fantasy, they are ideal as bases for improvisation by two exceptional musicians : Yannick Varlet, who has accompanied our musical adventures for the last 15 years, who will play the both the outside and the inside of a piano, as well as an Italian 17th spinetta,  and Michel Deneuve, the first virtuoso of the Cristal Baschet, an invention of the Baschet brothers growing out of their work in public aural sculpture, modern in its conception but with truly timeless sounds.
Each concert is a unique event, with the placement of the artists and the lighting determined by the acoustic, atmosphere and possibilities of the performing space.
4 singers, 2 instrumentalists, direction.

Sacred and profane in the music of the 17th century

MONTEVERDI was the first Italian master of the 17th century, and the force of expression his music transmits is so marked that it could work with both sacred and secular texts. A particular example is the Lamento d’Arianna, which lost nothing by being transformed into the Lamento della Madonna, and other examples are found in his madrigals, which were later adapted to sacred texts.
Towards the end of the same century, in another country with its own particular musical culture, another genius, Henry Purcell, was similarly unconstrained by the provenance of the text – what mattered to him was to transmit the emotion.
From Italy:
PALESTRINA: motets from Canticum Canticorum (1584);
MONTEVERDI: Lamento d’Arianna in versions for solo and for 5 voices; Pianto della Madonna; Madrigals adapted to sacred texts by Coppini
From England:
LOCKE : Music for Psyche (1675);
PURCELL: Music for Circe (1692), anthems
5 singers, 3 instruments