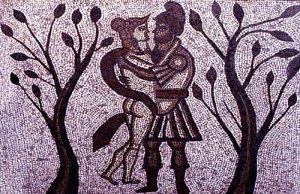 The Ensemble William Byrd will perform its own version of Henry Purcell’s Dido and Aeneas next April, in a concert version with gesture.

Interpreting Dido is always more complicated than it appears. The only useful score dates from some 60 years after its composition, which was no doubt for the royal court of Charles II. It was subsequently adapted more than once, firstly – and famously –  for a girls’ school, and then transformed into interludes to be heard between the acts of Shakespeare’s Measure for Measure. Of the original libretto and score, nothing remains, and it is certain that some sections have disappeared.

Our new production takes into account the most recent research, and emphasizes the importance of the witches: their rôle as the deus ex machina of the plot reflects the obsession of 17th century England in general, and of the royal court in particular, with their actions and influence. We have also completed certain parts of the score for which the words survive without music, and added some dances where appropriate, all with Purcell’ own music.

Our performances will be given by:

Discover all our articles